After years of familiarity it can be a big step out into the unknown swimming with the sharks, but I needn’t have worried. The big wide world of contracting was not exactly a showcase for excellence… 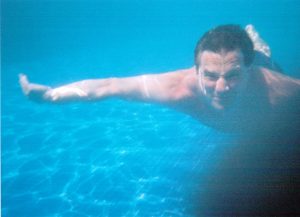 I marketed myself as a senior analyst programmer, with skills in COBOL, CICS, VSAM, Supra, and if push came to shove, Assembler. However, the key word was IBM. If you had IBM on your CV, particularly with COBOL, there were plenty of opportunities out there.

My first contract away from the fashion retailer was at a mobile phone company in Leeds. The journey was just over 50 miles, and it took around 75 minutes (unless it snowed). However, I could claim my fuel through my limited company, the intriguingly titled MMM Enterprises Limited, so it was no big deal. I bought myself a brick, also known as a mobile phone, as my journey to Leeds took me through the remote Woodhead Pass, and if I broke down there I could be in a lot of trouble. What I didn’t realise at the time was that there was no mobile phone coverage over Woodhead! (there still isn’t) After a week I was loving it. New people, new systems, familiar technologies, and within a few days I found a production bug in the billing system that immediately led to the offer of an extension. Yes, one week in to a three month contract and they already wanted more. They should have waited! That Sunday I ruptured my achilles tendon playing football and was unable to drive. I managed to get lifts in whenever I could, but I discovered that the outskirts of Leeds housed some very ropey B & Bs! I also learned that the local girl on reception was a great source of local information, and she sorted me out with a pub and a taxi service. Despite having my leg in plaster it wasn’t too bad, and after a bit of physio I eventually got back to driving around Christmas 1994.

I started another business venture based on my Microfocus COBOL expertise, MMM Fantasy Cricket Leagues. I conceived, coded, marketed and ran a national fantasy cricket competition, adding new features with each competition. There was domestic, of course, but there was also international, including test series and a world cup. Fantasy cricket had just started to appear in newspapers, but I took it to a different level.

It was before the days of the internet on every device, so I relied upon postal updates. I had pre-printed stationery made up, some for invoices and entry confirmation, and some for league position updates. Entrants got a printout to confirm where they were in the overall league, as well as the details of their team and their closest rivals within that league. I even commissioned premium rate telephone lines to allow people to make updates and to find out their league position after each round of games.  This was created by sending files to the telephone company and setting up my own pin to be able to extract the recorded messages. Unfortunately I could not keep up with the big newspapers, and it was taking more and more of my time. I also had another client for my clothing manufacturer software, so I ditched the fantasy cricket in favour of immediate profit. 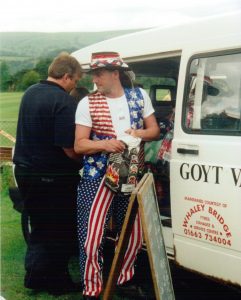 My second client wanted a lot more functionality, including pattern management, and multiple screens which meant handling file locks, can’t have two people updating the same record at the same time. The testing of that was interesting on a single PC. They also had network printers rather than individual ones attached to PCs, and conflict with some other software that was clearly written by a cowboy. On one occasion my software stopped working. It had not changed, there was no new version, so what could possibly have happened? It was not difficult to work it out, and although my client’s personnel were not technical, I explained my suspicions to them. I rang their other software provider, and he confirmed that he had changed the network assignments of all of their printers because he didn’t think it mattered, and it made it easier for him. I then realised that it wasn’t just my software that wouldn’t work, neither would their accounts package. Needless to say, he came on site rather quickly and rather sheepishly when this was explained to him.

I also ran into storage problems. My modules were getting so large that they would not compile and build. I reviewed all of the code, structured it better and reused a lot of storage. It was time consuming, but it worked, and it taught me a great deal about the maintainability of code! This second client proved to be much more lucrative, but there was very little overlap with my first client so I ended up maintaining two completely separate systems. I also quoted for a third clothing manufacturer and a scaffolding company, but they did not want to spend the money – less than £1,000! I mean, what do they expect?

February 1995 was particularly bad for snow. On one morning the M62 was completely closed, but I struggled through and eventually arrived about an hour late. I then discovered that there were only contractors actually in the office. All of the ‘permies’, many of whom could literally walk to work, had decided to take a snow day. Amazing how commitment changes if income depends upon it!

After six months I decided that mobile phone billing was boring, so I left for the bright lights of Chester. A bank wanted someone to extend a VSAM file, a simple enough task and a much more pleasant journey. On my first day I did consider that it would be a nightmare getting out of the car park at 5pm with just one exit and hundreds of cars, but I need not have worried. The contractors were the only ones leaving at 5, the permies were expected to stay much later. The work was tedious, and after a three months spell that achieved what it set out to do, I went to an insurance company in Oldham. This was great, initially, with a whole team of seasoned contractors all eager to get to the pub at the earliest opportunity. Some of them bragged about their skillsets, I just got on with it, albeit for a very short space of time. The problem was that there was nothing to do. I did some analysis and broke down a few CICS programs, but the work had not yet been signed off. We sat at our desks with the instruction to ‘look busy’. I did a lot of coding for my clothing manufacturers, but nothing related to insurance. Gradually contracts came to an end. A few people left, but I was offered an extension. Work was just around the corner, apparently, and I was just who they needed. I had other ideas, and after a few enquiries I found out that the fashion retailer was once again looking for contractors. I met the head of development in a pub, and it was all arranged. I had been away for fifteen months, during which time a lot had changed, but as ever, many things had not!